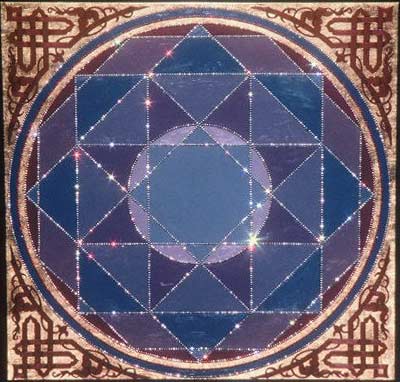 Dome of the Rock Schema

Created for His Majesty King Bin Talal Hussein of Jordan

This painting was created to honor the Kings favorite site ‘Dome of The Rock Mosque. The geometry of the painting follows the schematic layout and interior colors of the mosque. This painting was presented to His Majesty at the same time he received the Point of Peace concept and design.

My experience while standing inside the Mosque was that of being
caught up in beautifully balanced color and pattern. There was a sense of blue mist and rose light at the same time. The center rock recessed under the floor level is considered sacred by Muslims, Jews and Christians. Its light color and rough surface held its own natural beauty that was counterpart and equal to the magnificence of the Mosque itself. I carried my impressions of this remarkable site, as my best effort, into the piece of art work for the man who so desired peace.

When the King was 16 years of age he witnessed the assassination of his grandfather at the nearby El Aqsa Mosque. He then took the throne and became a pivotal figure in maintaining peace in the region until his death. 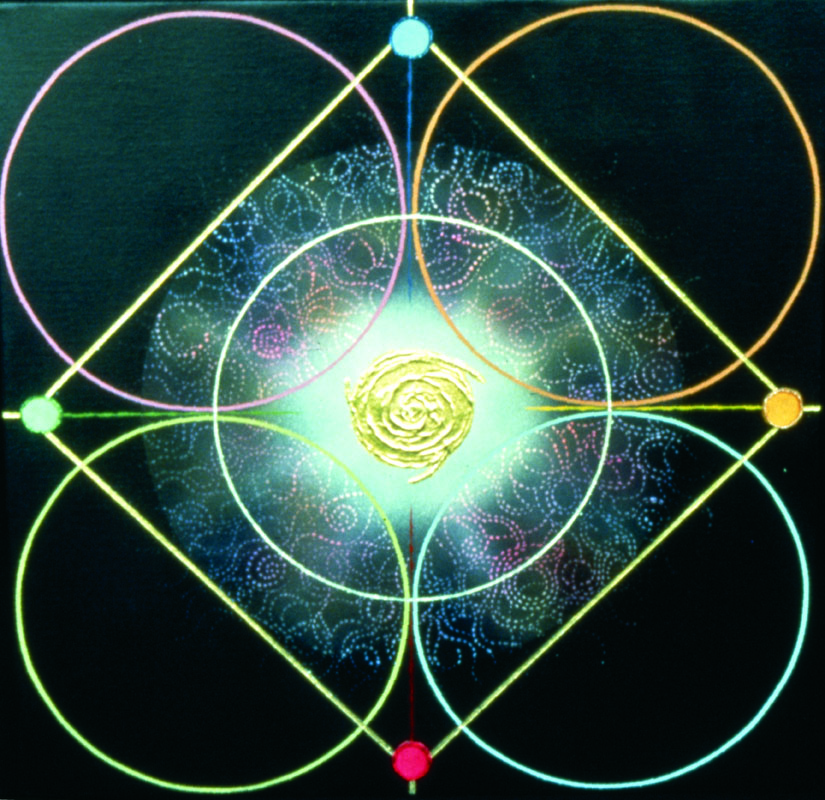 This painting was sent to Theoretical Physicist Stephen Hawking. I learned there was a blank space on the wall where pictures of past Physicists were hanging. He said it made him sad to know his picture would someday hang there. I had been drawing diagrams of what I understood some of his theories to be. I am releasing these now. The painting was sent so that he could have something to look at on that wall. As it turned out, the shipper lost the crate. No one could find it. I used remote viewing to locate it and it was found exactly where I saw it; leaning against a pole in the Queens Lockup.
Stephen gave us his brilliant mind and showed us what courage and determination really is.